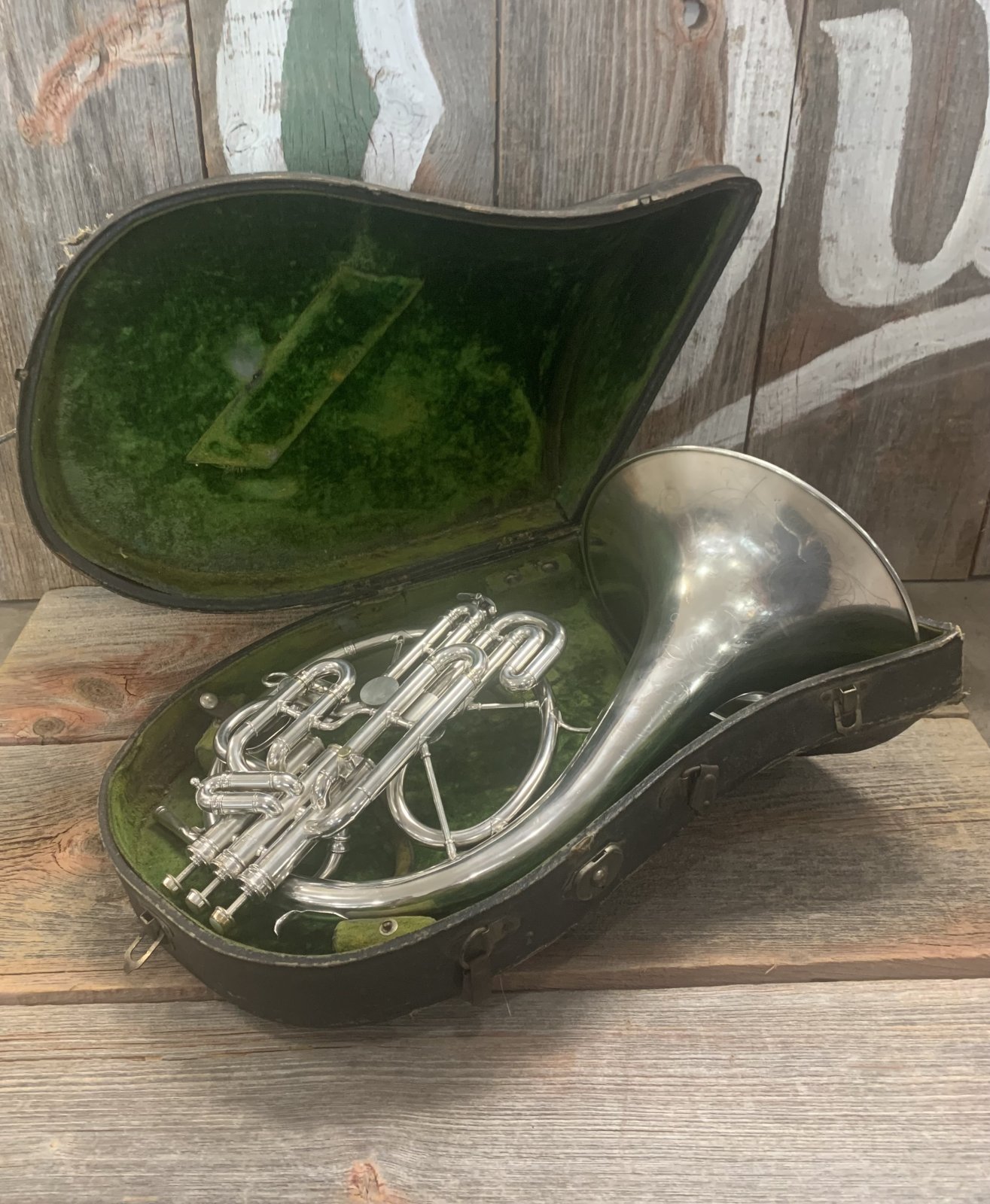 This is a very cool RARE York Multiplex Horn, mellophone French horn.  The Serial #58256 indicates it was built in 1920.  The instrument was just professionally cleaned and received all new valve washers, water key pads, and received a complete pressure test to check for leaks.  There is average wear, dings and scratches throughout.  The leadpipe is dented/slightly bent under the brace.  The 3rd valve finger button is not original, but the valve alignment washer has been adjusted for proper venting.  All valves and slides move freely, the valves do have some compression wear (common for a 100+ year old instrument).

The instrument is capable of playing in the Keys of F/Eb/D (without any tuning slide changes) and the Key of C with the change to longer tuning slides ("C" TUNING SLIDES NOT INCLUDED WITH INSTRUMENT).

An original Multiplex advertisement from "The House of York" instrument catalog has been attached for extra information on this unique horn!  Here is an excerpt regarding changing the key of the instrument:

"Let us explain a few points, so that there may be no misunderstanding on your part.  A close examination of the accompanying illustration reveals the fact that little or no change has been made in the general construction of the Horn as previously made in F.  Under the three piston valves will be noticed two rotary valves, each with its necessary complement of tubing.  By simply turning the first of these you have the instrument is pitched in Eb; by turning the second you have a Horn in D, and by turning both we have what many horn players have termed an impossibility--a Horn in C, suitable for song playing without transposition, made from an instrument originally pitched in F.  The valve slides must be drawn to the proper marks for Eb or D: for C the extra slides are to be used." (ADDITIONAL "C" TUNING SLIDES ARE NOT INCLUDED WITH THIS INSTRUMENT).

Includes case, which is in rough condition.  DOES NOT INCLUDE A MOUTHPIECE.