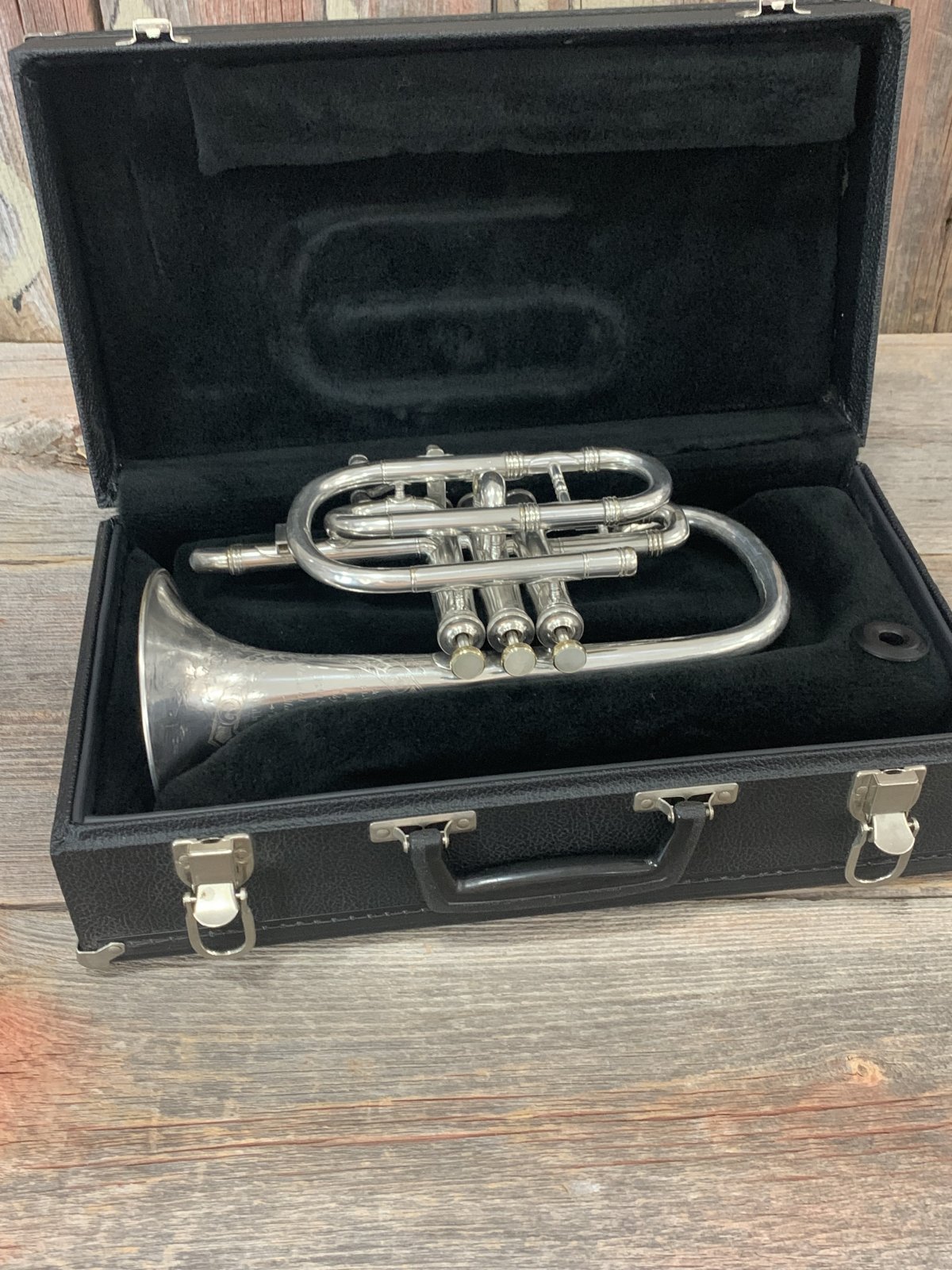 This is an antique Boston 3 Star NE Plus Ultra cornet.  Serial #10132 indicates it was built in 1888.  Instrument has been cleaned and received our Synthetic Valve Alignment and complete pressure test.  Silver plating is in pretty decent condition for its age.  All valves and slides move freely, however the valve compression is pretty leaky (common for unplated 133 year old valves!).  The bell was damaged at some point and was rolled out and received a large sterling interior patch and a patch that wraps around the bell rim.  Evidence of repairs and dent removal throughout.  Overall a very neat antique cornet that carries a lot of history.

Includes a mouthpiece adapter to put the instrument in Bb (both the adapter and instrument take a trumpet shank mouthpiece), modern hard shell case that fits the horn relatively well.  Does not include mouthpiece.